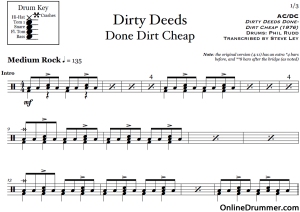 To bring everyone up to speed Modesto Staff spent more than was authorized on City contracts 45 times and counting.  One contract alone was over spent by $2.5 Million Dollars.   Interim City Manager Joe Lopez says don’t worry because he found no evidence of fraud and that the city received the services they paid for.  It’s like you or me authorizing  up to $670 dollars for an auto repair and then without contacting you they find ‘other things wrong” and spent $930 dollars of your money and of course charged you for it except for the fact we’re talking $6.7 Million vs $9.3 Million  If that happened to you you’d feel like you’d been low balled and lied to wouldn’t you?

Once is happenstance, twice is coincidence, and the third time is enemy action. But we’re talking 45 times..!  To be fair we borrowed the once is happenstance line from author Ian Fleming but we think it puts the issue/excuses into perspective.  And if you ask any investigator or detective they’ll say they don’t believe in coincidences.

On 12/13/17, Joe Lopez made a presentation to the Finance Committee.  He lists five initial findings.   Here they are in order: 1. Historical and cultural practices which created inconsistencies.  2. Lack of clarity relating to contract administration/procurement process. 3. Lack of communication between Purchasing and managing Departments. 4. Loss of key positions vs. workload. 5. Inappropriate actions taken by staff who increased contract amounts, created contracts, and modified termination dates of contracts without Council approval.

They kind of buried the lead and saved the best/worst for last.  City Staff are very aware that any contracts over $50,000 have to be approved by the City Council. One of their favorite ways to get around this was to let out a contract for less than the $50,000 limit then increase it later.  Some were let out without competitive bidding.  Many were increased with out the bidding process.  And on others they just changed the dates when the contracts expired.

If you’re asking why staff would take inappropriate actions, you’re asking the right question.  Are favors  being exchanged?  Free tickets to the Gallo,  free restaurant gift certificates, golf passes to Pebble Beach, or maybe just some gratis backyard improvements?  Too much business is being conducted outside of 1010 10th Street and in downtown cafes and restaurants(on the cuff of course).

So far the City has refused to name all but a few of the businesses involved and even fewer names of city employees.  Joe Lopez says the City is still reviewing the accounts and amounts.  He does suggest he’ll be more forthcoming at the Jan. 23rd Council meeting.

But can we trust his supposed candor?  Probably not since he’s desperate to keep the stench of impropriety off of him.  And since he was in charge, or at the very least the deputy in charge, and most believe promises were made to him by the Bill Zoslocki trio, it’s important to name no one until the damn breaks and then throw anyone under the bus as long as Joe stays squeaky clean.  Does he care to explain his belonging to the ‘new expensive car of the month club’?

After all, when the fox is guarding the hen house no one has anything to worry about, right?

One thought on “Lazy? Inept? Corrupt? and that’s Just the Investigation”