While I prefer sticking specifically to local politics, learning that local Republicans  invited (and paid $25,000 to)  Ann Coulter to come to Modesto to speak has me shaking my head.  And when I discovered she was being  brought to Modesto’s Centre Plaza as a political pundit and not to the Gallo as a comedian I started chuckling.

Then I see my favorite quote machine, County Supervisor Jim DeMartini, hard at work.  I realize Jim has a dislike for liberals in a general political  sense and while  bragging about how the local GOP raised $25,000 privately (Ms. Coulter’s speaking fee) at the drop of a hat, he belied concern over losing money by confidently saying “we’ll make money on it.”

Anyone can go to the Local GOP’s annual Lincoln Day Dinner, after all tickets are going for a paltry $125 to $10,000.   Coulter is promoting her book “In Trump We Trust” and signing copies.

Even the Bee Provided Their Own Donation:  No,  to my knowledge they didn’t make a donation or a ticket purchase but they did help DeMartini sound a little less crazy when they deleted a couple of lines from their hard copy delivered paper that were in their online version.

Republican politicos from around the country have been suggesting people protesting their town hall meetings were paid protesters and agitators from out of town. Supervisor DeMartini decided to sound tough and said “PAID PROTESTERS AND OUT OF TOWN AGITATORS-WE’RE NOT EXPECTING TROUBLE BUT WE’LL HANDLE IT IF IT HAPPENS.”   Jim,  I think you’ve been drinking the kool-Aid but the Bee did you a favor by NOT printing this, but then again that’s just me speaking.

You’re welcome to have Ann Coulter, Queen of the Crazy Quotes, come to Modesto to speak but I think it speaks more to what divides us than what will bring us together. But considering the current political climate maybe that’s why they’re bringing her here.

$10,000 dollars to rub shoulders with Ann Coulter?  There I go shaking my head again.

Transparency, Honesty, Do These Words Apply to Ted Brandvold and Modesto’s City Government?

Peeling the onion would be another way to describe what this series of stories is going to attempt to do. Like layers of an onion some will be longer and some shorter but hopefully they will provide insight to what is going on down at 1010 10th st.,  City Hall

At the end of January we heard Modesto Mayor Ted Brandvold express disappointment that  Wood Colony didn’t inform him they were setting up a MAC (Municipal Advisory Council). He made it sound like he was completely blindsided.  Could this have been true?

Possibly, but I sincerely doubt it.  You see I’m sitting here looking at an email from Cynthia Birdsill, City of Modesto-Community & Economic Development, dated September 26,2013 that says “FYI, the County has been meeting with Wood Colony to possibly create a MAC.”  This email was sent to City Manager Jim Holgersson and Brent Sinclair.

Now it’s within the realm of possibility that Ted wasn’t told by all three members of City staff…but…I’m looking at another email that’s from Land use attorney George Petrulakis three hours and thirty four minutes later  and he’s been reading the MAC proposal and is commenting to Cynthia Birdsill, Patrick Kelly, Steve Mitchel, and Brad Wall.

With all of those people  in the loop it would be doubtful that the Mayor would not be told by someone on City Staff.  But it gets better.  For those not following local politics when it comes to the Mayor, you get two for one.  First is George Petrulakis, the Ventriloquist and Ted Brandvold is the puppet on his lap.  George’s hands up Ted’s backside move and Ted’s mouth opens and closes.  George knowing about the MAC proposal makes it a foregone conclusion that Ted knows all about it.

So why was our Mayor being so disingenuous?   It’s all about public perception. Ted plays the affable elderly gent quite well.  And George wants to lull Wood Colony with a false sense of security.

And don’t worry there’s much more to come.

The Bee’s Jeff ‘the slimeball’ Jardine, First He Creates the News and Then He Writes about It 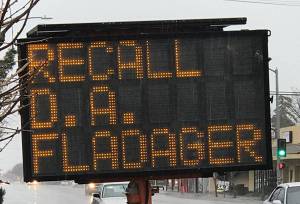 While this is far from the first time the Modesto Bee has allowed one of their employees to attack people in print it should be the last.  Some have questioned  if this was ‘slime ball’s’ idea or if it was spawned by one of his editors, I suggest either way it needs to stop and stop NOW.  Papers caught creating news can’t be trusted.  Public Record Requests are a wonderful tool when attempting to seek out the smoking gun of Hypocrisy. Jardine’s story  isn’t a case of the misuse of public money or the public’s trust.  No he’s made it personal and vindictive in our opinion.

Former Mayor Carmen Sabatino has been trying to point out that Stanislaus County D.A. Birgit Fladager through her minions has withheld exculpatory evidence (and yes the AJ Pontillo was subsequently  found innocent) and was more recently caught withholding discovery from the Carson defense team.  A  District Attorney withholds evidence that clears a mans name is in the minds of most people despicable and now to be caught for the second, or is it the third time, hiding evidence form the defense means Stanislaus County Court rooms can hardly be called a bastion of justice.

Jardine has use an informative sign as an excuse to attack our former Mayor at his place of business.   Jeff creates the story, he writes the story, and pronounces guilt in the story.  But Jeff, you’re the one that’s guilty here.

Below is an official public records transcript between a Modesto Bee reporter, Jeff Jardine and a Caltrans employee, Rick Estrada.      The press is supposed to REPORT the news, not act in desperate protagonist measures to CREATE news, and then innocently report on their creation.

Jeff Jardine, the National Enquirer is calling – they need a gumshoe to report on alien abductions and bat-faced vampires lurking about.

Jeff, you noted you were going to be out of the office for some time, so I felt an e-mail would serve best.

As a result, one of managers from the maintenance unit will visit this location and advise the owner of the sign that it must be removed immediately from the public right of way. If the sign is not moved following our visit, the next step is we will contact CHP and ask for law enforcement to get involved in resolving this situation.

Safety is always a priority for Caltrans. Our goal is to keep the state’s highways in the best, and safest, condition for motorists.

Regarding the use of a CMS sign when it is not in the public right of way? I would ask that you please call Caltrans’ Outdoor Advertising Unit, specifically Michele Day who oversees Stanislaus and other counties.  Her number is (916) 651-1254 and this is her realm of expertise. If she does not respond, her supervisor is James Arbis (oversees NorCal) and he is at (916) 654-6413.

It was not there when I drove by a few minutes ago. Maybe the rental company wanted it out of the rain.

A violation of any sort?

That’s where Outdoor Advertising comes in. We have a unit stationed at our HQ that deals with ‘advertising’ signs of this sort … I included a name and 2 phone numbers of potential contacts who can give you more concise information.

If they don’t get back to you, let me know and I’ll pull the chain. Hope everything’s going well Glad to see the sign is gone

OK, so Michelle said that if an unauthorized sign is reported, a maintenance crew would go out and seize it, informing whomever that they have 30 days to come pick it up at the yard. So can you tell me if that sign was seized or direct me to someone locally who can answer that question.

Mr. Sabatino claimed I was disrespecting him by even calling him.

I spoke with our Modesto Maintenance manager, who visited the location yesterday afternoon. When he got there, the

CMS sign was already gone – having been moved by someone other than Caltrans.

City might have stepped in? Or perhaps owner was told by someone else to move it … I had checked with our guys this morning

Thanks. Some folks posted pics of it on FB, and his PI buddy wrote about it on Carmen’s blog…..