Archive for the tag “videos” 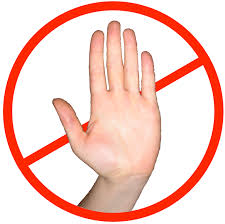 On Tuesday 8/15 the entire Modesto City Council met for ethics training.  It was a Brown Act meeting which meant there was a published agenda and the public was allowed not only to attend but to speak during the public comment part of the meeting.  Now usually these types of meetings are held in a much smaller room than the Council chambers but since all of the decision makers in the City’s staff including about a dozen members of the Modesto Police Dept. were required to attend, it was held in Council Chambers.  They don’t have video capability in the smaller rooms but obviously they have it in Council Chambers.

But as you’ll note unlike other council meetings they not only haven’t posted the video but are actually refusing to make it available for streaming even though they recorded it.

First we called the City Clerk’s office and requested that they make the meeting video available but they claim that it was never streamed and that they don’t make workshops available.   I explained that after being at the meeting for about one hour I then went home and we watched the rest of it live on our  computer.  They said okay but they weren’t supposed to stream it.  They are making the video available to any staff that missed the meeting at no cost.  But the public?  Well, we are kept in the dark and being sent the bill for the privilege.  We’ve called the City Manager’s office and the Mayor’s office but so far they haven’t  responded to our queries.

And for the record despite the taxpayers paying for the elected and city staff that packed council chambers some still could not get there for the meeting to start on time.  So Mr. City Attorney, you may have blamed the three minute public comment period for running 18 minutes overtime but that wasn’t the truth, was it? (It was one of Adam’s final comments that shows we were actually listening at home long after departing the meeting)