Last Chance to Be Heard About Rental Inspections 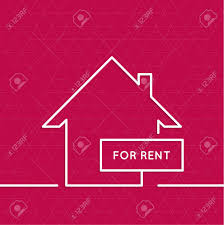 You could say it started last August when the remaining tenants at 624 9th street were given 72 hours to vacate the 27 apartments that were water damaged ceilings, rat and cockroach infestations, holes in walls and floors, faulty plumbing and electrical, mold and mildew. Some landlords in Modesto are just in it for every penny they can squeeze out of their tenants that often have few if any other options.

The City had offered up enough money to easy their conscience but not enough to get the tenants into better housing.  During a City Council meeting Councilman Bill Zoslocki said most of these people couldn’t qualify for the 240 plus rentals  where  he’s a partner/owner.

At the Council meeting last year They called for City Staff to formulate a plan that would include cost effective inspections to help maintain  health and living standards. But when staff laid out a quality proposal at the City Council Safety and Communities Committee meeting in May to inspect the rentals suddenly there were a couple of dozen of property owners and managers protesting that it wasn’t necessary.  Apparently they didn’t look at the pictures from 624 9th or just want to encourage a caveat emptor or buyer be ware marketplace.  You have to wonder if Bill Zoslocki’s apartment managers were present.

The outcome was almost preordained  when you consider the clout of the rental insiders.  The City Council decided to ask Modesto residents if they wanted to BUT they only allowed two meeting both on Monday afternoons at 5:00 PM.  Now it’s hard to understand the timing if you really want community input.  We wondered why email comments were not allowed or some variance of timing.  After all if you aren’t available to attend on one Monday night at 5 is it very likely you’d be able to attend the following Monday?

We tried to contact Tom Trimberger with the city for comment and to update us regarding the amount of comments but we we haven’t heard back yet.

We understand why people who are renting, which in many neighborhoods are 60% and higher,  would be reluctant to come forward fearing retaliation but many of us that are homeowners should be stepping forward to speak out in favor of inspections.  We residents need to look out for each other in Modesto because you can bet your bottom dollar the rental owners and managers will be looking out for themselves.

One thought on “Last Chance to Be Heard About Rental Inspections”