Is the Modesto City Council Stonewalling the Public for Personal Profit? 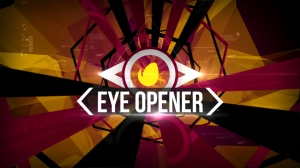 In the spring of 2015 the Modesto City Council and Staff made a commitment to the citizens of Modesto to create an Effective, Responsive, and Transparent Government.  Unfortunately, the reality the majority of the Council has created is completely different.  Modesto isn’t being run by the entire Council, it’s being dictated to by a group with the smallest of majorities.  Council members Bill Zoslocki, Mani Grewal, Doug Ridenour, and Jenny Kenoyer also know as the ‘Gang of Four’ flex their muscles with great regularity and have the voting block to ram their policies through the Council at will.  To solidify their power grab they’ve become linked arm in arm with Modesto City Manager Joe Lopez and City Attorney Adam Lindgren.

For us, the people of Modesto, to try and find out what’s going on behind the scenes an effective tool is supposed to be making Public Record Requests (PRR) supported by the Brown Act.  City Attorney Adam Lindgren doesn’t think much of the public’s right to know. His actions suggest he believes we should be treated like mushrooms (keep us in the dark and feed us ****, well you get the drift.)  The Brown Act suggests we should get a response to a PRR in 10 working days. There is at least one PRR dating back to June of 2019.  A partial but non responsive response was received in September 2019, but nothing since despite having it brought up in several Council meetings. The Gang of Four believes it’s in their best interest to keep us in the dark.

That’s not overly surprising since a complete email disclosure from the PPR would show how the Gang of Four, along with the City Manager and City Attorney, conspired to force City Auditor Monica Houston out of office and caused them to decide to pay to pay $225,000 in tax payer money as hush money. For them, buying Monica’s silence was better than the truth coming out. The truth could bring sanctions from the State Bar Association, which along with the exposure could potentially cause Adam Lindgren and his firm (Meyers Nave) to lose the very lucrative, multi million dollar Modesto City contract.

We’ve come to understand these elitists (the Gang of Four, the City Manager and the City Attorney) believe they can get away with anything they choose and quite honestly so far they have.  Imagine, the City Auditor has the temerity to do her job of ensuring the rules in place are being followed, even if it might cost the City Attorney and Meyers Nave windfall profits. It becomes easy to see why they felt the need to get rid of the Auditor. After all what better way to send a message to the rest of City Staff, that it’s our way or the highway.

Is there any better way to garner political support during an election year than to borrow an outdated quote for business from the County known as a request for proposal or (RFP) that was over 16 months old. The security company involved in that RFP didn’t fulfill the basic standards of the request set by County rules and was disqualified.  Then the City awarded them a $3.7 Million contract based on the outdated and unqualified county RFP. That the company head just happens to be the President of the Modesto Chamber of Commerce and a player in Doug Ridenour’s and Joe Lopez’s regular poker game couldn’t hurt when three of the Gang of Four, Grewal, Zoslocki, and Ridenour are running for office this year.  Heck, that sure buys a lot of good will, they might even get the Chambers’ endorsement.

Just to point out how they like to give money to their friends, we can’t leave out how the City Manager, Joe Lopez, who is allowed to approve contracts without Council approval up to $50,000, recently came back with an increase to what we think of as ‘City Manager Specials’ when he upped the contract to Management Partners from $42,900 to $152,900 on 12/10/19.  Before we go any further, we need to mention that it’s recognized by many that the City Manager despite his, lets be polite, less than exemplary performance record in each of the multiple positions he has held with the city, had been brought up through the ranks because of his “go along to get along” business demeanor (yes man). It was former City Manager John Holgersson who was personally responsible for bringing Mr. Lopez up through the ranks.  When the current City Manager was questioned by Councilwoman Kristi Ah You during a recent council meeting about Holgersson’s relationship with Management Partners, Mr. Lopez looked surprised and stumbled around looking for a plausible answer that didn’t let the cat out of the bag.  When she made her question more specific Mr. Lopez again acted surprised, without much success when she  pointed out his picture was on Management Partners website and was designated as a  Partner.  For those who don’t remember Holgersson was a Consultant with Management Partners who recommended himself and was hired as Modesto’s City Manager then was ultimately fired.  And yes, the Gang of Four made sure this $110,000 addition to the original contract went through.  After all, City Manager Joe Lopez helped them down play the $700,000 we continue to lose every year and will do so into 2022, thanks  to the Gang of Four kicking the can down the road over Modesto’s Centre Plaza. We’ve been losing $700,000 a year since 2012 while waiting for the catering contract to expire in the spring of 2019.

There’s no end to their hubris.  The self serving hiding of emails prevents exposure and helps ‘associates’ save their lucrative contracts.  They also play fast and loose with the procedures and pass out millions of dollars in contracts to their friends, and have distributed over $100,000 of taxpayer money to old allies.  The Gang of Four provides political cover by using their votes on the Council and ensuring the City Manager can continue to dispense money as they see fit to his and their friends.  Possibly the greatest concern is the cornerstone, if you will, the Gate Keeper of the secrets, the sphincter of information, the City Attorney Adam Lindgren.

Don’t go away thinking this is the entire list because it isn’t, not by a long shot.  These are just a few of the most recent trials and tribulations we’ve been forced to endure.  One of the more insidious ways they silence their opposition on the Council is to bring up topics during closed session that aren’t on the agenda.  In closed session, the only things they are supposed to talk about are the items on the agenda.  Once the item is discussed (even though it’s not on the agenda), they cannot discuss it outside closed session.  If asked,  they can tell you they talked about items not on the closed session agenda but can’t say what they were.  The purpose of doing that is to hide information/discussions from the public.  So if a city council member feels something that was discussed should be shared with the public, they are prevented from doing so. And, you guessed it, the City Attorney threatens them with legal troubles if they do.

We’ve watched from the sidelines as these people attacked one female department head and ran her out of town.  The big question now is who will be the next target of their witch hunts?

We can no long stand silently on the sidelines while the Gang of Four and their two henchmen steal democracy from Modesto.

One thought on “Is the Modesto City Council Stonewalling the Public for Personal Profit?”