Archive for the tag “Measure I”

They say the truth is stranger than fiction and that has never been more obvious than in this election cycle.  The Modesto Chamber of Commerce, or at least three of their members,  have been pulling out all stops in an attempt to steal Measure I from the public.  Their two campaign flyers are filled with falsehoods, innuendos,, and blatant lies (that’s as kind as I can be at this point) and now their obfuscating the source of their money.

It’s bad enough they don’t list the FPPC number on either of their flyers.  And yes it is required but they have also managed through a series of ‘mishaps’ to make it almost impossible to follow the money.

Where Did the Documentation Go?

For another unknown reason a clerk was rummaging through the outdated PAC file and discovered the document (how lucky for us was that?).  It was then forwarded to the City Clerk’s office 11 days late.

There is a history between someone who now works at the County Clerk’s office in the election division with access to campaign statements and the Chamber of Commerce.  The Chamber and the Bee’s former opinion page editor, who for the last 10 years supported three candidates to the Modesto Irrigation Board, all of whom were sponsored by Bill Lyons (who wanted to sell the free water he gets from his special arrangement with MID).  The cabal of three at MID that was in place three years ago, Tom VanGronigan, Glen Wild and Paul Warda, who were supported by the Bee and the Chamber during their election campaigns) were pushing to sell our water to San Francisco.  The Bee, Chamber, and Bill Lyons  supported the sale which after much intense public discussion was turned down despite the Bee’s endorsement.

Now we see the most current aligning of stars with Bill Lyons pushing against Measure I (he has property in the Beckwith Dakota Triangle –  read Wood Colony, that he wants to develop) along with the Modesto Chamber of Commerce and (at this writing the Bee hasn’t made a public comment) with a friend possibly in position to obfuscate the public knowledge of the money trail.

While we will say without any qualms and with many thanks from us that County Clerk Lee Lundrigan looked into events and has been most helpful in explaining the much traveled documentation: an unknown someone in her office ‘accidentally’ accepted wrongly submitted faxes and misfiled these important documents and then someone in her office fortunately discovered the mistake nine days later and then forwarded the documentation the the City Clerks office where it was placed online for the public on Monday afternoon.

When checking for updates on the Campaign documents, yesterday, Oct. 22nd was a mandatory reporting day, the former online  497’s were missing.  According to the city Clerk’s office the missing documents along with any updates will be online by day’s end.

Why does this matter?

There are several reasons, actually violating FPPC campaign laws would be one.  But during an election season opponents and the public have a right to know how much money is involved and where it’s coming from.  Since the Chamber and their three donor amigos and their friends like George Petrulakis are very familiar with election laws and rules it’s our opinion this has been willful and orchestrated.

The Subterfuge Behind the NO on Measure I Campaign

When it comes to misleading the public, the Modesto Chamber of Commerce is second to none. We’ve watched while the Chamber pulls strings behind the scenes and gets City Council members to say and do the strangest things but for today lets focus on their No on Measure I campaign.

The Campaign started out by breaking the Fair Political Practice Commission (FPPC) rules.  When the Chamber mailed their pack of lies to voters they didn’t include the FPPC number which is required.  Wondering why?  Well the Chamber filed their original paperwork with the City Clerk’s office without the FPPC number and without stating where their money came from.  Days later the Chamber filed their required  497 forms (for donations over $1,000 dollars) with the County Clerk’s office. But that isn’t where city candidates are supposed to file. Since they advise political newcomers on procedure you’d think there had to be a reason.  There was, it took eleven days for the forms to travel the two blocks between the County Clerks and the City Clerk’s office.

Maybe this was because Judy Sly, the Bee’s former Opinions Editor, was seen working behind the counter at the County Clerk’s office in the immediate area where the filed campaign forms are kept. Maybe it was a coincidence, maybe not, but it is interesting.   Remember Ms. Sly and the Chamber’s lobbyist and CEO Cecil Russell were some of the few people to be in favor of selling our water to San Francisco and the result would have been Bill Lyons making even more money. You ask what does the No on I campaign have to do with selling our water?  Bill Lyons is the answer. This is always an informational  litmus test  but I digress.

The Money Behind No on I

The money behind the No on I campaign came from Craig Lewis, ($3,000) Chamber expansion committee chairman and Board Director, David Ginelli ($1,000) Chamber Chairman of the Board), Cecil Russell head lobbyist and CEO of the Chamber, and last but not least the Chamber of Commerce themselves to the tune of $3,000.   Anyone noticing a theme here?  No wonder they were trying to keep this information away from the public.  You just have to love lobbyists and their organizations. Well not really but you get the drift.

The Modesto Police Officers Union (MPOA) didn’t provide funds but allows the Chamber to use their name in the flyer and yes, for a group that claims to be concerned about public safety there is an unusual history here.  Now most officers are good people but their union is a lobbying organization with their prime purpose is supposed to be for the officers and the public, but is it?  Back in 2008 the City opened its books for the MPOA and explained there was only so much money but the union demanded a raise.  So the city offered the MPOA a choice.  You can have your raises but we’ll be forced to lay-off our youngest officers with families.  The Union said in no uncertain terms lay them off.  They weren’t concerned about having fewer officer on the street which, according to the No on I campaign’s propagand,a will make us less safe.  It was all about the money then like it is now.

Mayor Marsh and Councilman Gunderson like to say the county will do something similar like they did with Beard Industrial Park back in 1963.  In August of 2011 the city requested an out of boundary service application.   LAFCO required the land owners to sign a waiver preventing them from protesting being annexed by the city.  But Marsh, Gunderson, Zoslocki and the City of Modesto actually have petitioned Local Agency Formation Commission (LAFCO) to rescind their waiver policy and on Jan. 22, 2013 LAFCO gave Marsh, Gunderson and the rest of the City Council their wish and voted to allow the change.  So it really doesn’t matter what the County did back in 1963 if Modesto is going top continue to bend over backward to SPECIAL INTEREST GROUPS like the Chamber, Beard Industrial,  realtors,  and other developers and then mislead us.  We’re just in for more of the same lies we’ve been fed for a long long time.

It isn’t About  Jobs, It’s All About Developers and Their Greed

The local developers own land and want to develop it no matter what the cost.  Here in Modesto we watched as the family farm across from Big Valley Grace  was forced out of business because of encroaching developments.  They were promised by the city the “right to farm” but when complaints started coming in the were forced to give up land they’d farmed for years.  Sprawl advocates say farmers can always buy more land but that really isn’t true. Prime farmland like in Wood Colony and North of Kiernan is irreplaceable.  Not only is it the best water recharge land there is, but more crops can be grown on this land than almost anywhere in the world. 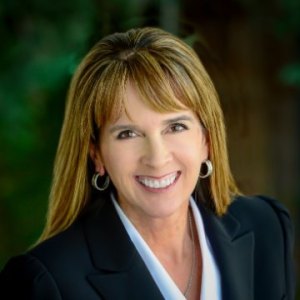 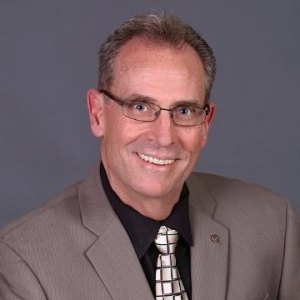 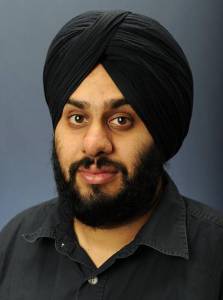 Despite what candidates like Doug Ridenour say (Doug doesn’t really say it he just repeats it but the people being paid to run his facebook page do) California law pushes homes to be built near jobs not highways.  So if the Chamber’s preferred candidates, Kristi Ah You, Doug Ridenour Sr. and Mani Grewal will be honest for a moment, don’t hold your breath, they’ll be forced to acknowledge if business parks are built in Wood Colony then homes and SPRAWL will soon follow.

Don’t Buy the Lies, Vote YES on Measure I